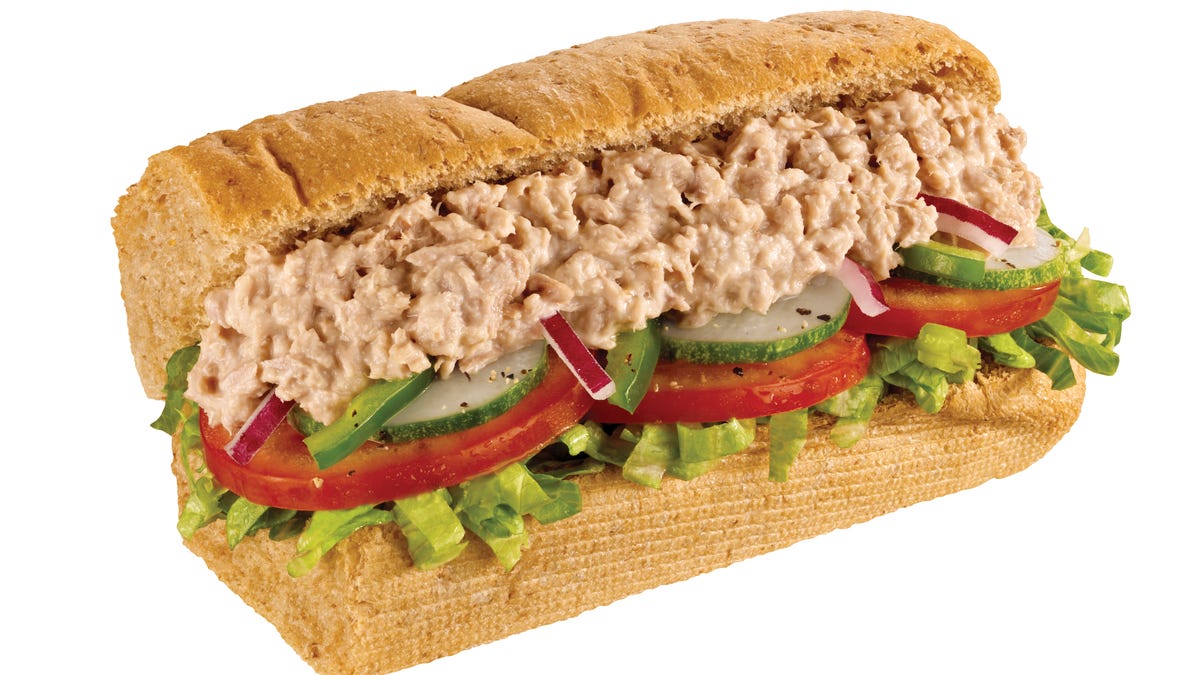 | USA TODAY
Subway denies claims that tuna sandwich doesn’t contain real tunaA lawsuit against Subway claims their sandwich and wrap is “completely bereft” of actual tuna.Staff video, WochitSubway is striking back after a lawsuit alleged its tuna salad contains no actual tuna salad.The lawsuit, filed Jan. 21 in the U.S. Northern District of California by two California residents, Karen Dhanowa and Nilima Amin, claims Subway Restaurants Inc. engaged in intentional and negligent misrepresentation, unjust enrichment, common-law fraud and violated federal and state laws against false advertising by calling the filling used in in its sandwiches and wraps tuna when in reality, it is “completely bereft of tuna as an ingredient.”According to the lawsuit, Subway “packaged, advertised, marketed, distributed and sold the Products to consumers” based on the “misrepresentation that the products were manufactured with tuna.” In reality, it claims, independent testing revealed “the filling in the Products has no scintilla of tuna at all. In fact, the Products entirely lack any trace of tuna as a component, let alone the main or predominant ingredient.”Subway woes: Subway bread isn’t bread, Irish court rulesSubway defended itself in a statement provided by spokesperson Maggie Truax, saying it uses wild-caught tuna.“There simply is no truth to the allegations in the complaint that was filed in California. Subway delivers 100% cooked tuna to its restaurants, which is mixed with mayonnaise and used in freshly made sandwiches, wraps and salads that are served to and enjoyed by our guests.”It called the lawsuit’s accusations “baseless” and said the allegations “threaten to damage our franchisees, small business owners who work tirelessly to uphold the high standards that Subway sets for all of its products, including its tuna.”  The company added: “Given the facts, the lawsuit constitutes a reckless and improper attack on Subway’s brand and goodwill, and on the livelihood of its California franchisees. Indeed, there is no basis in law or fact for the plaintiffs’ claims, which are frivolous and are being pursued without adequate investigation.”The lawsuit doesn’t offer a breakdown of what the plaintiffs believe the exact contents of Subway’s tuna salad are; it merely says “independent testing has repeatedly affirmed the Products are made from anything but tuna.” It describes the filling as an “entirely non-tuna-based mixture that Defendants blended to resemble tuna and imitate its texture.”The plaintiffs, who are seeking class-action status for their lawsuit and a jury trial, are asking for “proper equitable and injunctive relief, the proper amount of restitution or disgorgement; and the proper amount of reasonable litigation expenses and attorneys’ fees.”

GameStop stock surges 77% as Robinhood lifts some trading restrictions
How r/WallStreetBets took down a hedge fund and rode GameStop stock to the moon 🚀
To Top
error: Content is protected !!