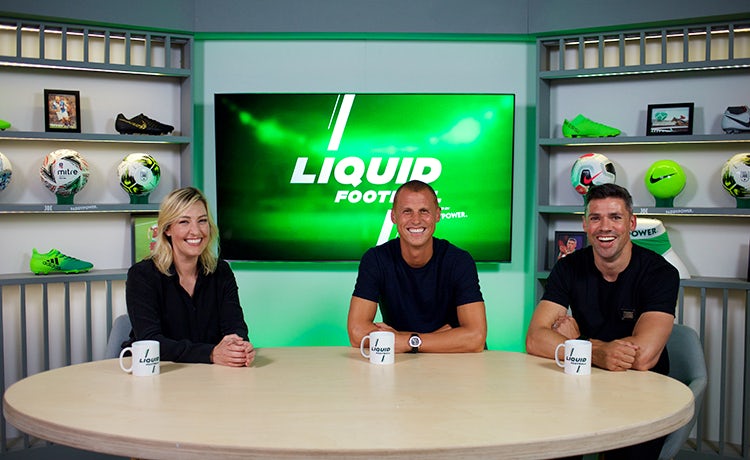 As the 2019/2020 Premier League season kicks off tonight (9 August) with the clash between Champions League winners Liverpool and newly promoted Norwich City, Paddy Power is ratcheting up its focus on becoming the bookmaker of choice for football fans.

The gambling brand is going all-out on high-profile content with the release of a 48-page Premier League preview magazine and the launch of Liquid Football, a weekly football show and podcast created in collaboration with Joe Media.

Paddy Power has been ramping up its focus on content since the appointment in January 2018 of marketing and brand director, Michelle Spillane, whose experience includes serving as director of marketing at Irish broadcaster RTE and marketing director at ITV Worldwide.

Lee Price, head of PR at the bookmaker, explains that content has always been at the heart of the Paddy Power brand, but it wasn’t used to thinking about its cheeky social media stunts as content.

“We just thought about it as social media funniness,” Price explains. “We’ve done content for as long as we’ve been a brand, but I just think now we’ve done big content and it’s noticeable to the outside world.”

Central to this content push is Liquid Football. The show, which takes its name from Alan Partridge’s stint as sports reporter on current affairs satire The Day Today, is the first time Paddy Power has partnered with Joe Media on such a high-profile project.

Price explains that the two brands are the perfect fit because they are both Irish with large, football obsessed audiences, that are also strong on social.

“If you were to draw a Venn diagram there would be a lot of crossover between us. When we work with people as partners we don’t want to just do badging exercises and we don’t like to be silent partners,” he states.

“We like to be involved and that can be a bit of a nuisance to some people, but Joe totally get it. They’re creative, they’re funny and they have a strong brand tone of voice that crucially mirrors ours.”

Scheduled to go live every Wednesday, Liquid Football, which is fronted by presenter Kelly Cates and a recurring cast of ex-professional footballers, will be pre-recorded and then pushed out as a long-form video across all Joe Media and Paddy Power social accounts. Available in podcast form, the show will also be chopped up into bite-size clips for use across social.

Price explains that while the format “isn’t reinventing the wheel”, Liquid Football will opt for a conversational, off duty style, rather than “super intense or high-brow analysis”.

“That’s not to say it won’t have as much genuine value, but it will have more personality. It comes back to Paddy Power as a brand. Are we going to be super serious about everything and super statistical and analytical? No of course not,” says Price.

“It’s going to have some fun, humour and anecdotes. We want everyone to watch it and go ‘oh fuck that was funny, I never knew that’. That’s always what we try to do, we try to add value to the football fan’s experience and the way we can genuinely add value is not trying to do what everyone else does.”

With the whistle-to-whistle gambling ad ban during live sports in force for the 2019/2020 season, it is a clever move for any bookmaker to invest in content that extends the conversation beyond the two hours of match coverage shown on TV.

The idea came to Price one night when he was about to go on holiday and remembered as a child buying every football mag he could get his hands on so he could read the season’s preview. Paddy Power also knew from customer insight that its punters often feel lost without football when the season ends for the summer.

“The anticipation for the new season is huge and so it was a combination of opportunity and thinking, ‘how cool would it be to have a Paddy Power magazine?’ That’s how most things come about. We have a harebrained idea that would be cool and then we actually do it,” says Price.

“There was a gap in the market and print is in decline apparently, so it is the last thing people would expect, for us to go into print. It also lets us offer our punters a really definitive guide to the Premier League season full of Paddy Power-style content and humour.”

Focused on creating a magazine that would be “as ambitious as possible”, the team started thinking about what the ultimate football mag would look like. They had to “box clever” when it came to the content given the restrictions on who Paddy Power, as a betting brand, could speak to within the game.

There was also a challenge in the fact that the whole mag was written and produced in-house. Some interviews went down to the wire; the piece with Brown only came through 24 hours before the deadline.

For distribution, Paddy Power partnered with publisher Reach on a 1.2 million print run that saw Pitch Invader distributed across its stable of regional newspapers including the Liverpool Echo, Manchester Evening News, Irish Mirror and Daily Record. The magazine also appeared in Paddy Power betting shops, as well as greasy spoon cafes and pubs across the UK and Ireland.

A Pitch Invader interview was also seeded into every national print publication over the weekend prior to the launch on 5 August to raise awareness, which Price describes as a “killer plan” with regionality firmly at its core.

“One of our big focuses for everything we do in my team is regionalisation and getting outside the London bubble,” he states.

“A lot of PR departments are quite lazy and just appeal to a London consumer. It’s a big country out there. Very early doors we wanted it to be a big regional thing.”

Beside launching a magazine and weekly football show, Paddy Power has been busy signing up a suite of football clubs across England, Scotland and Wales to its ‘Save Our Shirt’ campaign, which aims to save football from heavily branded kits.

Price describes the reaction to the campaign as “mind-blowing”.

“We expected the anger in phase one. That’s easy, anyone can cause anger and get trending that way, but we didn’t expect the positive reaction to dwarf the initial anger and then carry on over the following days and weeks,” he states.

“Following it up with four more teams has really built up a sense of momentum and it shows we’ve tapped into to a real thing fans believe in because we’ve had so many fans contact us and say ‘God, please save our shirt’, particularly when it comes to our rivals, which is mildly amusing.”

Only this week online casino 32 Red was criticised for its part in bringing former England captain Wayne Rooney back to English football as a player-coach at Derby.

The club stated that after signing Rooney it had secured “a record-breaking sponsorship” deal with 32 Red, its existing shirt sponsor. While no connection between 32 Red and the signing has been made explicit, Rooney’s squad number will be 32 when he joins the club in January.

While the details are sketchy, Price believes the 32 Red deal is totally at odds towith the ‘Save Our Shirt’ campaign. He points out that while it could increase brand loyalty among Derby fans, supporters at the four other clubs 32 Red sponsors might be left wondering when their football superstar is arriving.

“It’s a novel approach, but it’s not one we would pursue. It’s the opposite of where we’re going with our football shirt sponsorship, but each to their own,” he adds.

For Paddy Power, the focus is on working with its five partner clubs on new content now the campaign’s initial launch is out of the way, which Price promises will enter “new territory for football”.