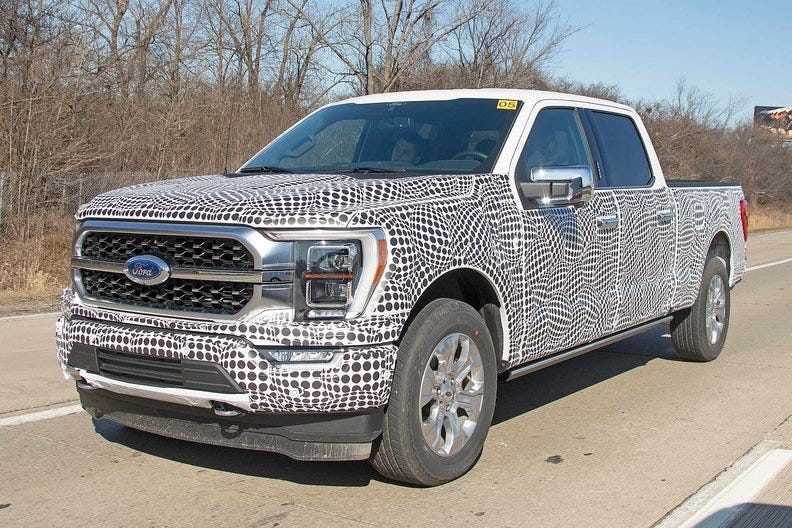 Nathan Bomey
USA TODAYPublished 6:46 PM EDT Jun 10, 2020Usually around late summer, car dealerships begin trotting out the first batch of new models.This year you’ll have to wait.With the coronavirus pandemic slamming the auto industry, certain 2021 vehicles will arrive late as automakers have put the brakes on dozens of debuts.“We’ve seen quite a few delays,” said Jeff Schuster, president of global vehicle forecasts for research firm LMC Automotive.While there’s yet to be a new model canceled publicly, at least 24 redesigned or new North American-built vehicles that were poised to roll out in the coming months won’t come out on time, according to LMC Automotive, which provided a partial list to USA TODAY. They include the Ford F-150, Cadillac Escalade and Acura MDX.Though designers and engineers are largely able to work from home, plant shutdowns and a sales slowdown have caused the delays.2021 Ford F-150: Spy photos reveal first look at Ford’s redesigned F-150 pickup2020 production hurdles: Ford faces huge challenge as it launches 4 key models at frantic paceOverall, automakers had planned to launch 38 redesigned or new 2021 model-year vehicles in the 2020 calendar year. A vehicle is generally considered redesigned when its styling, size, chassis, or powertrain have been substantially overhauled.Of those 38, five have already launched, including the Tesla Model Y crossover, while 12 have been delayed within the year and 12 have been pushed into next year, according to LMC.And some are “still at risk to slip into next year,” Schuster said.The highest-profile delay is for the highest-profile vehicle: the Ford F-150.Part of the F-series lineup, which is the best-selling vehicle in America, the F-150 is poised for a total redesign. But Ford is expected to delay the start of production from July to September, according to LMC.Getting the redone F-150 launched as soon as possible is extremely important for Ford’s finances. But the two plants where the vehicle is assembled – one in Missouri and one in Michigan – have each grappled with brief production stoppages due to positive coronavirus tests among workers after they resumed operations following two-month shutdowns.“That’s a substantial launch in a good year and, when everything is normal, a challenging one,” Schuster said.Ford is also expected to delay the rollout of the highly anticipated return of the Ford Bronco SUV, which was set to begin production in December but now won’t start until February.Other high-profile delays of production, according to LMC, include:Nissan Frontier: from April 2020 to April 2021.Acura MDX: from May to October.Ford Mustang Mach-E: from July to September.Toyota Sienna 500B: from July to September.Cadillac Escalade: from July to August.Cancellations are unlikely, if only because much of the investment in the redesign and production setup has already been allocated.“They were just too far along to cancel,” Schuster said.Still, while automakers may not abandon redesigned or brand-new vehicles that were in the works, they may decide to eliminate existing models that aren’t selling well to make room for the newcomers amid a sluggish sales environment. They’ve been eliminating poorly selling models in droves in recent years with the cancellation of vehicles like the Chevrolet Cruze, Ford Focus and the Fiat 500.“I do think there’s going to be further trimming of product lines,” said Michelle Krebs, an analyst for car-buying site Autotrader.As of late May, about 10% of vehicles on dealer lots were still 2019 models, according to car research site Edmunds.To be sure, dealers aren’t being flooded with vehicle inventory. Production shutdowns during the height of COVID-19 have prevented that from happening.But that means “there just won’t be as many 2020 model years out there” as there usually would be for the current model year, Edmunds analyst Jessica Caldwell said.Production shutdowns aren’t the only problem for the automakers. The cancellation of the 2020 Detroit auto show and the 2020 New York auto show, plus the inability to organize solo publicity events, is making it difficult for automakers to generate buzz about redesigned models.For example, General Motors was supposed to debut the revived Hummer in May in a bid to give the newly styled GMC-line electric pickup a big boost out of the gate. But that event hasn’t happened.“Automakers are struggling in terms of introducing their vehicles and how to create a high-profile event to get attention,” Caldwell said. “You can’t just be producing vehicles nobody knows about.”Follow USA TODAY reporter Nathan Bomey on Twitter @NathanBomey.