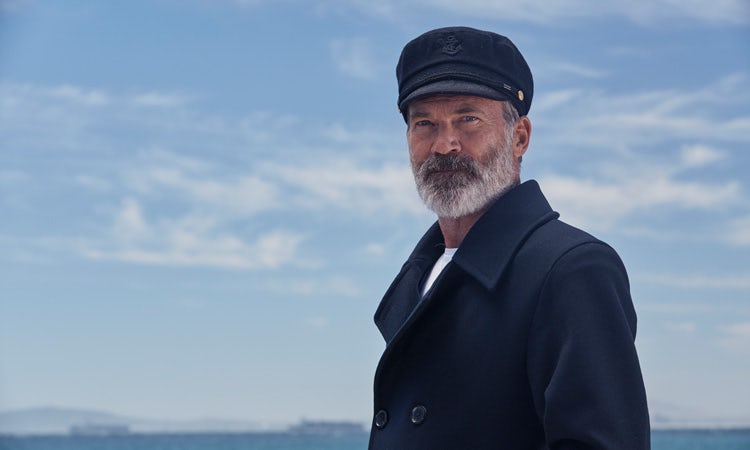 Measuring creativity might sound like an oxymoron. That ability to perceive the world in a different way and make connections others might not is seen as unquantifiable. Yet time and again it has been shown that more creative brands deliver better business results.

McKinsey’s Award Creativity Score, for example, which measures number of Cannes Lions awards won, breadth of categories and consistency over time, finds 67% of companies that score in the top quartile have above-average organic revenue growth. It also shows 70% have above-average total return to shareholders and 74% above-average net enterprise value.

As Cheryl Calverley, CMO at mattress brand Eve, puts it: “My job is to take creativity and turn it into pounds and pence. Monetising the creative is what we do as marketers.”

Yet despite this evidence, creativity in advertising appears to be declining. A 2016 study authored by Peter Field for the IPA and advertising service WARC found the number of short-term campaigns had quadrupled to 30%, while budget investment behind creativity (as measured by extra share of voice) fell by around 12 percentage points.

The knock-on impact was that brand fame effects declined for the first time and the efficiency multiplier fell from 12 in 2010 to around six in 2014. Long-term, fully-funded campaigns were as effective as ever but there were fewer of them getting made.

And the outlook is getting worse. The IPA is set to update the report at Cannes this year and the situation looks bleaker than ever.

My job is to take creativity and turn it into pounds and pence. Monetising the creative is what we do as marketers.

Given all the data that shows the difference creativity can make, why the lack of investment by brands?

The answers to that question are varied. Some cite procurement and finance’s growing demand for measurable ad spend. Others difficult economic conditions, which tend to result in companies becoming safer and more risk-averse. Still others lay the blame squarely at digital’s door.

The rise of digital marketing over the past 10 years has led to a focus on performance and optimisation over creativity. It is seen as easier (and cheaper) to improve SEO than try to come up with a fame-creating brand campaign.

Calverley, however, believes creativity is rising up the agenda again. “We’ve reached peak performance optimisation,” she claims. “Everyone has piled in and done the easy stuff [in digital marketing]… so we come back round in a circle. The only way to stand out from the crowd is creative. That is what will make your pounds pull harder.”

How to measure creativity

If that peak really has been reached, the ad industry will be forced to refocus on creativity. Yet marketers (and their counterparts in finance) have become used to the measurability of performance marketing. If the industry can’t prove the effectiveness of creativity, brands will continue to up spend on short-term sales activations rather than brand building.

When it comes to measuring creative, post-launch measurement is the most common, conducted by 90.3% of those who measure some form of creative effectiveness. Two-fifths (40.6%) claim to pre-test creativity in order to diagnose creative and see how to improve it, while 35.2% pre-test to make a decision on whether to run creative or not.

Steve Challouma, CMO at Birds Eye, has made big changes to the company’s marketing strategy to refocus on creativity. A shift from a master brand to a pillar brand strategy has enabled it to “unshackle” its brands, while the introduction of an 80/20 rule means marketers are now devoting 20% of their time and budget to “taking risks that really stretch the brand in a different direction or present it in a new light”.

Challouma admits measuring that creativity has proved “very hard” because it is so subjective, but says the brand gets around that by using a marker for creativity – emotional connection.

“We are looking for, ‘does a communication stimulate the right responses in the brain that we know will mean the consumer has an emotional resonance with our brands and will lay down memories for our brands?’,” says Challouma.

Birds Eye is doing that by using neuroscience, a methodology that is increasingly being used by marketers. According to the Marketing Week research, live testing, focus groups and online quantitative surveys remain the most popular methodologies, used by 66.7%, 62.2% and 50% of respondents respectively.

Newer methodologies such as neuroscience and biometrics are used far less often but where they are used they deliver better results. Neuroscience, which was used by just 8.3% of those surveyed, came top in terms of the ‘most useful’ research methodology.

By measuring factors such as brain activity, minor changes in skin colour and pupil dilation, Birds Eye gets an ‘action intent’ measure – the predisposition of the consumer to act upon the ads they’ve seen.

“I’m starting to see those [rational research methodologies] die a death because of their limitations. The new thinking is around system one and system two, and the ways consumers make decisions around brands,” Challouma explains.

“[Making] the move to test using neuroscience was a massive shift for us because you’re measuring subconscious response versus explicit and there can be quite a mismatch between the two.”

Eve’s Calverley also makes use of neuroscience, but more to refine creative than test a big idea. She will use qualitative research to define strategy, then neuroscience to hone the campaign – for example to work out which six seconds of a TV ad should be used on Facebook.

That ability to take a more forensic look at which parts of a campaign are working has also been key for O2. “That is a really interesting approach because we can actually see frame by frame what effect the creative is causing in terms of brain activity. That is really new for us in terms of measuring creative,” explains CMO Nina Bibby.

While such research can help to hone a campaign, there are concerns that marketers can end up putting too much stock in the data and become removed from the original idea. Direct Line’s brand director Kerry Chilvers says that is why it has someone acting as a “guardian” of the idea so it doesn’t become diluted.

“It takes focus [to ensure ideas don’t get lost]. It is easy to dilute a good creative idea. It needs someone who understands the idea and is a guardian of it checking back that we are delivering on it,” she says.

There is also evidence to suggest too much testing can be a bad thing. Further research by Field found a negative correlation between the use of quant in pre-testing and the success of IPA award entries, while there are numerous examples of ads that didn’t do well in testing that went on to have a huge impact – Guinness’s Surfer ad for one.

READ MORE: Guinness’s ‘Surfer’ ad didn’t do that well in research ‘but we ignored it’

The concern, says Sophie Lewis, chief strategy officer at agency VMLY&R, is that brands and agencies end up creating work that can pass pre-testing.

She says: “The best marketers are clear about the business challenge ahead of them and therefore willing to use instinct and take what could be a chance on what they see as a creative solution to that. There are no guarantees, even if you test something to the millionth degree.”

One area that many marketers see as key, though, is insight. Chilvers explains: “Great ideas start with really nailing the customer insights. [They] don’t just pop out of nowhere. If you want great creativity that works you really have to start understanding customer insight.”

That is backed up by both Calverley and O2’s Bibby, who calls insight “critical”. Yet according to the Marketing Week survey, more than one in 10 marketers (11.1%) ‘never’ use insight to inform a marketing campaign and only 10.4% ‘always’ do.

“Insight has a role in terms of understanding what audiences we are trying to engage with, what will be motivating and inspiring to them, and then is the creative we are coming up with working? It is critical,” Bibby says.

Insight will also help understand the job the creative is doing. It is no use having a really creative campaign if it doesn’t move the right metrics. Bibby explains: “We could be trying to drive brand consideration ahead of a peak trading push or trying to drive awareness of a particular product. There are many different things we might be trying to drive at any one time and so we have to ensure that the KPIs align with those objectives.”

At Ella’s Kitchen that is done through a process called ‘stargazer’. This is a six-pointed star with the numbers zero to five on each point. Ella’s Kitchen will decide on the six areas it uses to evaluate a campaign’s effectiveness, then give a score out of five to determine which are most important.

It is easy to dilute a good creative idea. It needs someone who understands the idea and is a guardian of it checking back that we are delivering on it.

“[It helps us be] really clear as to what it is we’re after right at the beginning, what we are going to be measuring so we’re really clear how we are evaluating ideas. If everyone is clear on what the evaluation is going to be, that builds trust and confidence,” explains Kim Gelling, marketing boss at Ella’s Kitchen.

But there can also be a broader business impact of great creative. At the AA, where Calverley worked before she joined Eve, a shift from rational messaging to more creative, emotional messaging helped the brand reach a wider audience and improve consideration.

“The more rational your advertising is, the further down the consideration funnel you are. If all you’re doing with brand investment is talking to people in market today, you are missing probably 80% of the effectiveness of that investment,” she explains.

“[Emotional advertising] lingers so that when someone comes to renew their breakdown service in six or nine or 12 months’ time, you have the effect.”

At Birds Eye, the shift to more creative marketing has helped boost average ROI by 24% and been “one of the core foundations” of its “recovery as a brand”, says Challouma. Birds Eye was declining at a rate of between 5% and 6% for three or four years in a row but in 2018 returned to growth of 4%.

The brand is also more resilient than it was. Where previously Birds Eye used to sell up to 70% of its products on promotion, that figure has now dropped to 50%.

Proving the impact of creativity also makes conversations with the rest of the business much easier.

Challouma concludes: “[Marketing is] seen as an investment, people believe in it, they see it works, they see we are serious about increasing the effectiveness of that investment and there isn’t pressure to cut. We would look everywhere else to cut if we need to rather than marketing, and that’s a wonderful place to be as a marketer.”

How to understand your ideal customer profile – Marketing Week
Proving the effectiveness of creativity is key to profitable marketing
To Top
error: Content is protected !!