Carlsberg has finally woken up to the fact that its beer might not be everyone’s first choice. Not sure the Marketing Week team would go as far as saying it tastes like the “bath water your nan died in” but it certainly isn’t top of the list of beers we’d choose when having a post-work pint.

To address this, Carlsberg has taken drastic action. The beer has been rebrewed “from head to hop” and its visual identity given a makeover to make it a more premium option. To promote this it has launched a marketing campaign that has certainly got people talking.

Outdoor ads subvert its ‘probably the best’ tagline to admit it’s ‘probably not the best beer in the world, so we’ve changed it’. While on Twitter it has been promoting tweets that criticise its taste and encouraging them to try the new beer.

It’s certainly a bold step for a brand to admit it has got things wrong but makes the sort of big impact Carlsberg needs if it wants to get people to taste the new beer and reappraise the brand. It’s a strategy that has worked in the past, most notably with Domino’s and KFC, and with some clever executions this campaign will certainly garner interest.

Carlsberg just has to ensure its beer now lives up to its brand promise or it will be in all sorts of trouble. SV

Behaviour overtakes demographics as the segmentation method of choice

For generations age and gender have ruled the roost as the most popular forms of segmentation, but now it appears marketers are going in a different direction.

A Marketing Week survey of more than 800 marketers working across 23 sectors revealed that 91% of marketers think behaviour is the most effective method of segmentation.

Behaviour (44%), location (42%) and age (38%) are currently the three most common methods of segmentation. However, 40% of those questioned say behaviour is a very effective mode of segmentation, compared to just 3% who say the same of age.

In fact, 73% of marketers think behaviour has become a more effective means of segmentation over the past five years, whereas social grade has lost the most relevance for marketers. Some 25% of those questioned said social grade has decreased in effectiveness, followed by age (14%) and gender (12%).

While behaviour has emerged as marketers’ favourite mode of segmentation, a caveat to this is that in practice it remains part of a sophisticated mix combining elements of lifestyle, attitude and demographics.

However, there is one thing the majority of marketers are agreed on – terms like ‘millennial’ and ‘Gen Z’ are useless. The Marketing Week survey reveals that 55% of marketers think these types of demographic groupings are not very effective or not effective at all. CR

READ MORE: Why behaviour beats demographics when it comes to segmentation

WaterWipes is trying to change the conversation around parenting 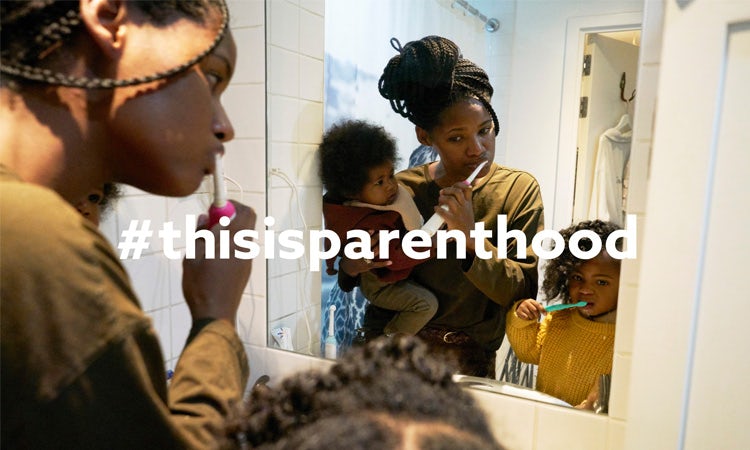 Rosy cheeks, soft skin, laughter, bubble baths, easy dinners, full night’s sleeps. For decades brands have mis-sold the reality of parenthood in exchange for selling nappies, wipes and all sorts of other bits and bobs.

Enough is enough, says Irish babycare brand WaterWipes. This week it has launched its first ever global campaign to disrupt the “perfect parent, perfect baby” traditions of a category that has been dominated and shaped by the likes of Pampers and Johnson’s for many years.

#ThisIsParenthood is everything that traditional campaigns are not. Ditching the usual “soft focus, rosy cheeks and saccharine sweet” image, it instead focuses on hard-to-talk topics such as bonding, relationships between parents, and the highs and lows of the first few weeks.

The idea came from a global study of over 13,000 parents that shows the ‘picture perfect’ portrayal of parenting in culture is disempowering parents, with over half of parents feeling like they’re failing in the first year.

There is no doubt that advertising has played its part. But while ‘aspirational’ ads were once the norm, what people want from brands has changed and the conversation needs to move with it. This is where WaterWipes believes it has a big role to play.

At a time where people value authenticity in brands more than ever, it feels like this marks a turning point for the babycare category. EH

What with all the brouhaha going on in Westminster and the continuing uncertainty over Brexit, most were expecting marketing budgets to have taken a hit in the first quarter of this year. Yet according to the IPA’s quarterly Bellwether, there are now more marketers planning to up spend then cut it

A net balance of 8.7% of marketing execs reported increasing their budgets, up from 0% in the final three months of 2018 and the highest level since Q3 2017. And there was a renewed drive for big-ticket ad campaigns, with a net balance of 5.2% of marketers increasing spend, a turnaround from the 6.2% decline in the prior quarter.

The suggestion here is despite political and economic uncertainty, brands are investing in what drives business growth – innovation and marketing. That’s a refreshing outlook given that marketing is all too often the first thing to be cut when things get difficult.

Whether it will last is another question. The Office for Budget Responsibility continues to cut the UK’s economic growth forecast and the uncertainty looks likely to continue until at least October. Marketers may well find arguments about investment with their CFO increasingly difficult in the coming months. SV

Ribena looks back to ‘future proof’ the brand

Ribena is going back to its small, round and purple roots in an effort to help it combat falling sales and “future proof” the brand.

Eight decades of life on Earth has been summed up neatly in a new tagline: ‘Blackcurrant Artistry since 1938’, which is accompanied by a tongue-in-cheek TV ad starring a hipster ‘blackcurrant artist’ explaining his method behind making Ribena.

Blackcurrants are his paint, the field is his canvas (obviously).

Ribena is currently not only battling a decline in its own sales, but also in the wider juice category. As such, it is looking to become more modern and contemporary, as well as appeal to an older audience.

Ribena believes repositioning to focus on its craft and heritage is the secret ingredient to success, especially as consumers increasingly look for brands with purpose.

The creative is a solid piece of work from Ribena’s in-house agency TED and Wunderman Thompson and certainly shows Ribena in a more modern light. Although its hipster piss-taking feels like it will resonate more with a younger audience than the older consumers it is looking to target.

The TV ad itself doesn’t exactly scream ‘this is our purpose!’ either. But perhaps this is something Ribena will develop through its new creative positioning over time. EH