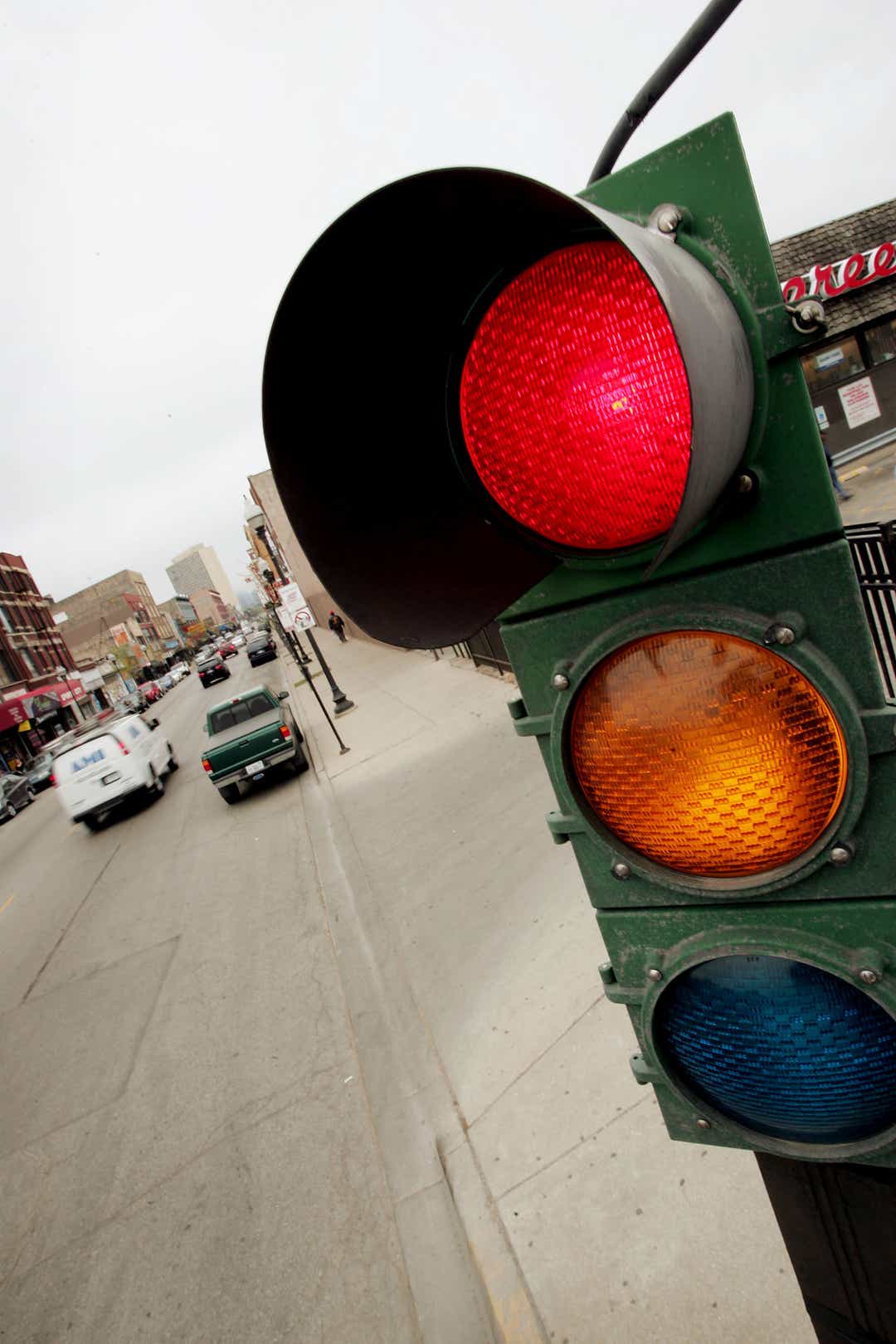 Deaths from drivers running red lights reached a 10-year high in 2017, according to a new study.

The number of people killed when someone plowed through a light reached 939 in 2017, the last full year numbers were available, according to the study by the AAA Foundation for Traffic Safety.

The study tracks anyone who was killed, including the driver, passengers, people in another vehicle or people outside the vehicle.

“This is at least two people killed every day at the hands of drivers blowing through red lights,” said Jake Nelson, director of traffic safety advocacy and research for AAA.

The study, which tracked the figures back to 2008, did not attempt to ascertain the reasons for the spike, but AAA experts proposed a few possible factors.

One clear contributor is that Americans are driving more, said Brian Tefft, senior researcher at the AAA Foundation for Traffic Safety. The number of miles traveled rose 5% during the period tracked by AAA, according to the Federal Highway Administration.

“We know that had a major impact on the total number of people injured or killed,” Tefft said.

But that doesn’t explain the full extent of the increase.

Another possible factor: distracted driving. The rise of smartphones, which have exploded in popularity since Apple introduced the iPhone in 2007, and distracting in-vehicle infotainment systems, could be contributing to the surge in collisions.

Total traffic deaths: 2018 was third-deadliest of the decade on American roads, NHTSA says

Which cars are most distracting?: AAA study reveals offenders

Nelson said it’s a “reasonable assumption” that distraction is one cause of the red-light-running crisis. But he said it’s difficult to provide a full explanation of the reasons for the increase.

In any case, the crisis is particularly deadly for people who aren’t riding in the offending car.

“More than half of all the people (killed) in these crashes were not the red-light running drivers, not their passengers, but (were) other people who they hit,” Tefft said.

What’s more, many Americans readily admit that they disregard red lights from time to time. Nearly 1 in 3 said they had run a red light in the last 30 days, according to the AAA Foundation’s Traffic Safety Culture Index.

“The reality is that cops can’t be everywhere,” he said.

He also said that more roundabouts would help. They are safer than red-light intersections because crashes that occur there happen at lower speeds and less severe angles, he said.

Other technology that could help combat the crisis includes vehicle-to-red-light communication systems, but Nelson said it’s unrealistic to expect cash-strapped, polarized governments to invest in such technology.

Self-driving cars could also one day help prevent intersection crashes, but it will be at least several decades before every car on the road has such capability, he said.

Lord and Taylor to be sold to Le Tote for $100 million
Suspect indicted by federal grand jury
To Top
error: Content is protected !!