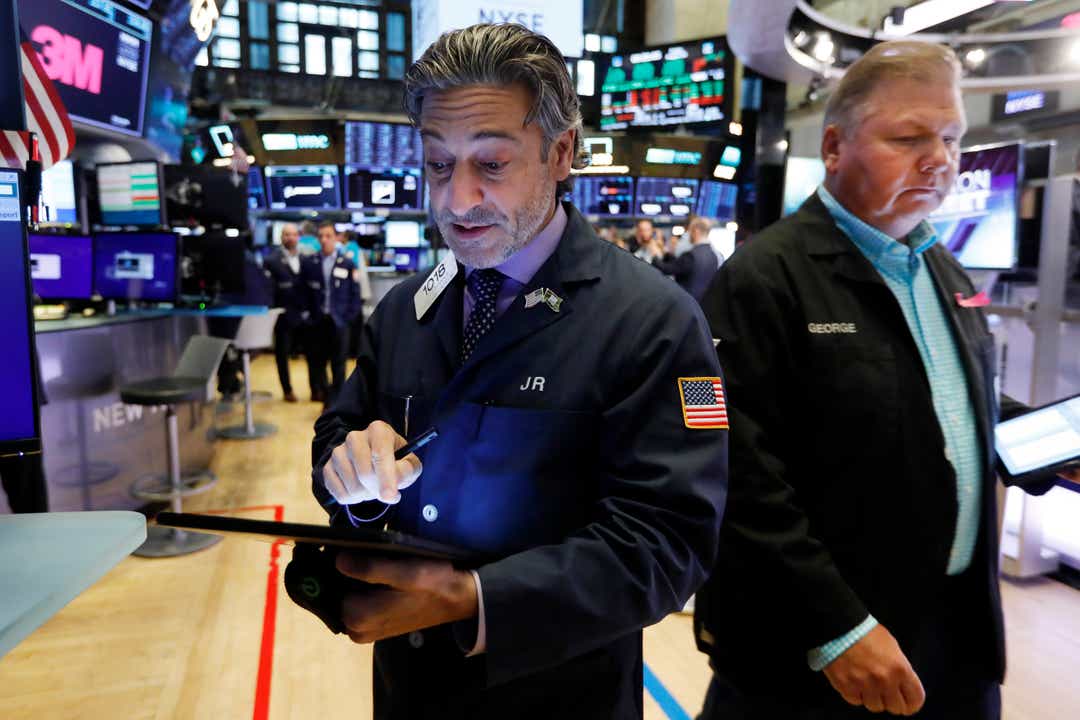 The S&P 500 rose 1.3% as of 11:40 a.m. Eastern time and the Dow Jones Industrial Average also gained ground. But both indexes are still headed for a third straight weekly decline after steep losses earlier in the week, including an 800 point drop in the Dow.

Stock market gets ugly: Here’s what you should do

Social Security: 3 mistakes that could wreck your retirement

Utilities, which have been one of the safer havens for investors this month, lagged the market.

The market’s swings have been largely driven by two factors: developments in the U.S.-China trade dispute and investors jumping into bonds as they seek a safe place to park money amid growing concerns about the global economy.

Investors have been mostly defensive throughout August following President Donald Trump’s escalation of his trade war with China. He threatened to impose more tariffs on Chinese goods earlier this month, which prompted China to allow its currency to weaken against the dollar in retaliation.

The government has since said it will delay the implementation of more than half of those new tariffs, but increased trade tensions were enough to dash hopes that a resolution would be found anytime soon. Investors are now digging in for an even more protracted trade war.

The bounce for yields follows a weeklong slide that included a sharp drop on Wednesday that rang yet another alarm bell for the economy. The 10-year yield dropped below the yield on the two-year Treasury, a rare occurrence and one that has historically suggested a recession may be a year or two away.

Jobs: Employers are worried about retaining their workers – for good reason

Investors are hoping that the Federal Reserve will continue to cut interest rates in order to shore up economic growth. The central bank lowered interest rates by a quarter-point at its last meeting. It was the first time it lowered rates in a decade.

The early gains trimmed some of the week’s losses, but the S&P 500 is still poised to shed 1.1% for the week and is on track to lose 3.2% for August. That would mark the second monthly loss for the broad index this year, following a drop in May, in what has generally been a good year. The S&P 500 is still up 15% in 2019.

5 incredible deals to snag before the weekend
Best home decor deals this weekend: Wayfair, Shutterfly, and more
To Top
error: Content is protected !!